Self quarantine is easy with the 4MS SMR DIY build! Don’t you fret, there are only 100+ 1K resistors, among the litany of other passive components. And we’re not even talking ICs yet! Forget about SMD LEDS even. JUST THE 1K RESISTORS WILL KEEP YOU INSIDE ALL DAY.

Sorry, but I gotta stay topical, don’t want to lose my viewers. These are the ins and outs of running a hugely successful electronics and sound design blog, I don’t expect you to understand….

This was a big build, it took a good few days of soldering off and on. Maybe a good 6 hours or so altogether, but spread over a few days. Now that it is all said and done I don’t know if hand soldering is the right method for a PCB this dense. Or maybe I’m just trying to rationalize the purchase of a rework station…

I won’t get into my exact thought process on this one, but if you’re going to hand solder, take a good long look at the board. It’s always a good idea to start with the power sections on modules like this, make sure your power rails all read properly before you start putting hours into soldering this bad boy together.

Even then, take a good hard look around the board and place your components carefully. Some passive 0603 components went down before ICs, so the usual process of starting with ICs, then moving to smaller components as you go doesn’t necessarily apply here.

The build is fairly straightforward, but the LQFP-144 can be a little intimidating. But with time, flux, and a decent microscope, it is definitely possible. Should you do it? Probably not.

One other small pain: the electrolytic caps in this BOM were just a tad large for hand soldering on this footprint. Again, do-able, but not advisable.

Now for some more hot shots.

I recommend everyone thinking about building this read through the Muffwiggler post on it. Even if you only read it for the amusing drama that breaks out after the first few pages. Always good for a laugh.

One important piece of information on there was a correction to the schematic, courtesy of our dear friend ishkabbible: 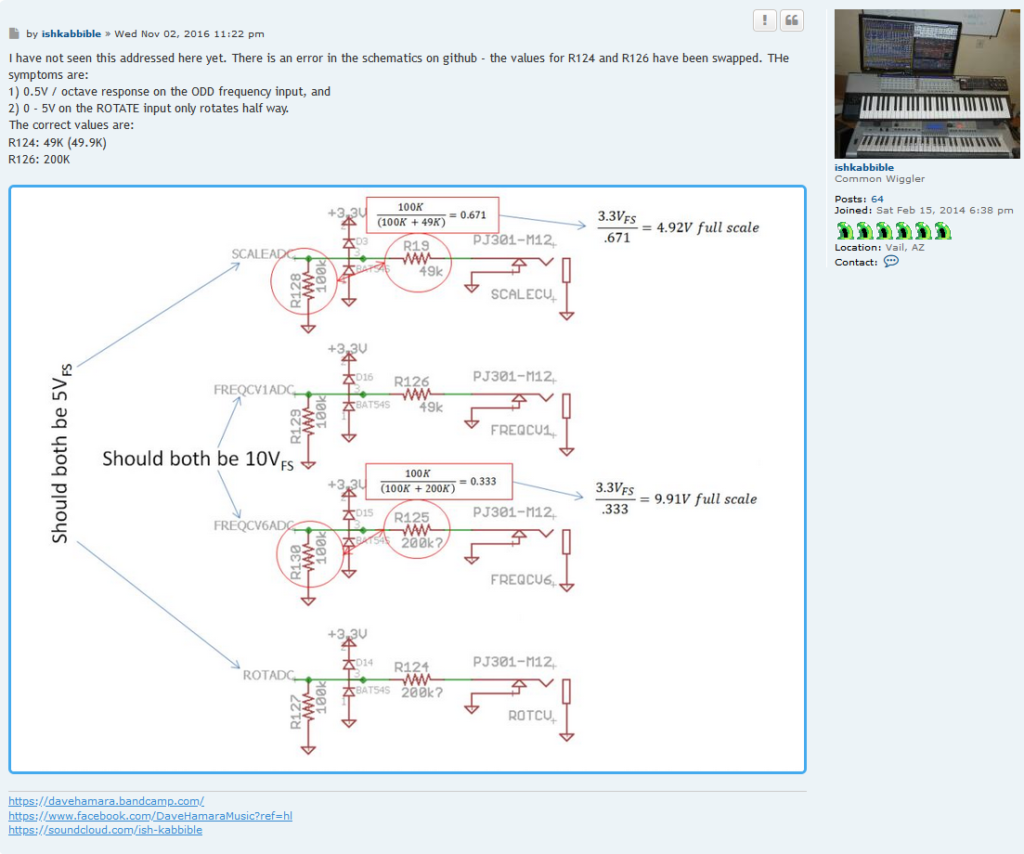 From here things are pretty standard. Just get your glasses and start soldering.

Or, you could be smart and either:

I’ll be honest, powering this one up was the most nerve racking power test I’ve done to date. That’s not flux on the board, that’s fear sweat of the highest concentration.

This circuit powering up really got me in a good mood. And what better to ruin that mood than figuring out the flashing process for this little cockajub!!!

I’d love to tell you I compiled the firmware all on my lonesome, but that would be a filthy lie. I found it here. Thank you Marcus Korb! Whoever you are. Maybe this guy?

Nevertheless, the pinout you need to flash this guy via SWD is pictured here:

Also, you will also need to power the module from a Eurorack power source. Make sure all your pins are good and lined up, and get to flashing! I used the ST-Link Utility and everything flashed up on the first go. Hell yes. 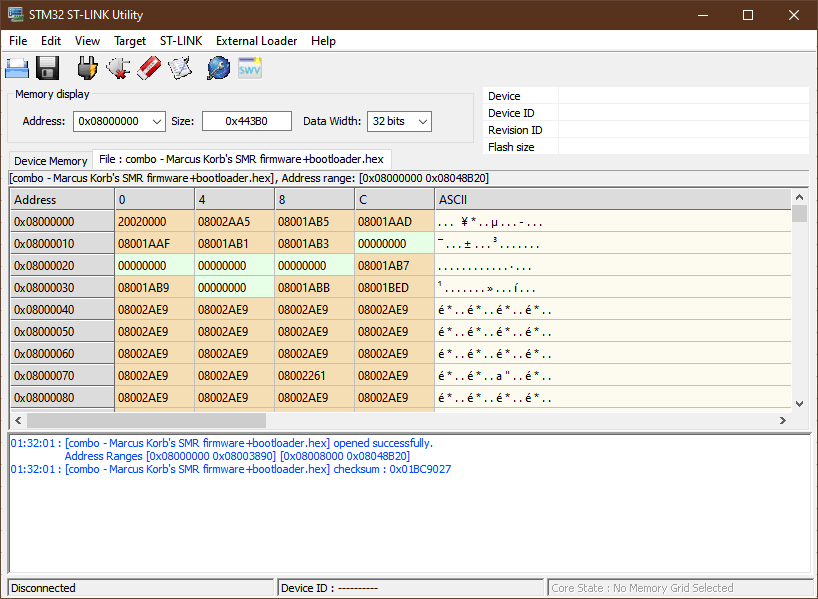 Finally, it is time to solder the hardware to this little guy so we can get to resonating! After what felt like a century of SMD soldering, the hardware was a nice little vacation, besides the push buttons.

The panel was a little snug around the push buttons causing them to be stuck in the down position, but after widening these holes a little bit, we’re sailin’!

And after installing 35 dollars worth of light pipes into the front panel, it was time to see if my last few days was about to pay off. With my fingers covered in flux, I excitedly flipped the switch and….

And that was that! One thing that was strange, the firmware version I linked to here was.. out of tune? It sounded awful, but the functionality was all there. So before I hit the panic button, I downloaded the most recent firmware directly from the 4MS website and installed it via WAV file. And VOILA!

Oh actually one more issue, it’s so neat I’ve been shoving it into every sound I’ve been making lately… It really is spooky.

All in all this was a fun build, but it really took time. Next SMR (or possibly SWN?!?) will be solder pasted and reflowed. FOR SURE.

As far as how the module is, it’s great. For eerie ambience, fun percussive tones, or processing other tones, this little behemoth does a ton of good stuff. It’s a little on the large side, but what do you expect? It can even do some whacky VCO sequencing, and whatever a “Hexaphonic VCO Controller” does! COOL.

What next?! For sure some videos, no one reads anything ever.

And also… TELETYPE BUILD SOON! WHO IS PUMPED? THE SILENCE IS DEAFENING.

Mouser BOM – No Jacks, USB Port, or Pushbuttons. Actually, this BOM seems to be missing a lot of components. Will update in near future. For now, here are two other BOMs that have the goods.